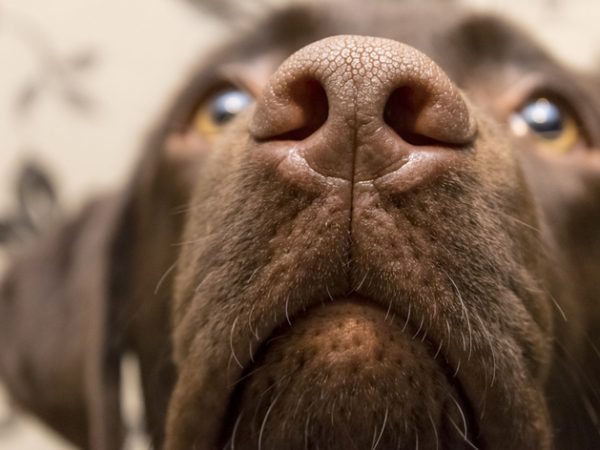 When it comes to sniffing out cancer in humans, the talent is in the nose of a dog. Dogs have long proven their worth as man’s best friend, but could they also be man’s best health care worker?

Sniffing out diseases has already been shown with dogs detecting human bladder cancers with an incredible rate of accuracy. A new study shows that canines are able to detect lung cancer by smelling the breath of patients. The Danish researchers found that two Labrador retrievers could correctly identify breath samples from both healthy people and those with lung cancer 97 percent of the time.

What’s more astounding is that one of the dogs had recently learned how to identify skin cancer using skin swabs, not unlike how drug-sniffing dogs learn to detect specific narcotics. “The findings…are hard to believe,” Dr. Leonard Lichtenfeld, deputy chief medical officer for the American Cancer Society, told HealthDay. Lichtenfeld still believes that more research should be done on the medical finding as it’s very possible that other factors could have led to such high success rates. He added: “If we take this one step further and we’re going to do systematic studies — where we take 1,000 people who have lung cancer and compare them with individuals who don’t and see if a dog can tell the difference — I think that would give us a little better framework.”

Still, even though further testing is necessary before canine detection methods are used in medical treatment, the results of this study could be a huge step in early diagnosis and treatment for lung cancer. “We already know that dogs have an extraordinary sense of smell and far better than man, so I would consider it quite important to further develop this area,” Dr. Jose de la Calle of the Vall d’Hebron Hospital in Barcelona told The Telegraph. The next time you go to your doctor with a cough or some other breathing issue, bring along your dog! “I think we should really give our pets the benefit of the doubt when they do something unusual,” said Gregory Berns, senior author on both studies and director of Emory’s Center for Neuropolicy.

How Strong is a Dog’s Nose?

A dog’s sense of smell is approximately a hundred times stronger than that of a human. In fact, according to one study , it’s estimated that dogs can pick up on odors from 1 part per trillion!

To put this into perspective, let’s imagine that we have two large circles with the same diameter. The first circle represents the earth and the second circle stands for all smells on Earth. Now if each dot within the first circle represented 1 part per trillion, then there would be marks all over the earth. Not only does this illustrate how strong their noses are, but also how much more information they process with their nose than we do with our eyes!

Keep in mind though, there are many more scents out there than we can see with our eyes! Plus, dogs have a second scenting mechanism called the Jacobson’s organ. This organ is able to take in scent particles from the air and process them into a different type of information that humans just aren’t able to understand.

In addition, an amazing fact about dogs’ noses is how they are designed for extra humid conditions. According to one study , most dog breeds have a higher water content in their nasal cavities compared to other types of mammals. With this added moisture, it allows dogs to detect scents even better when it is wet outside or inside which would explain why your pup always seems so interested at times like these! 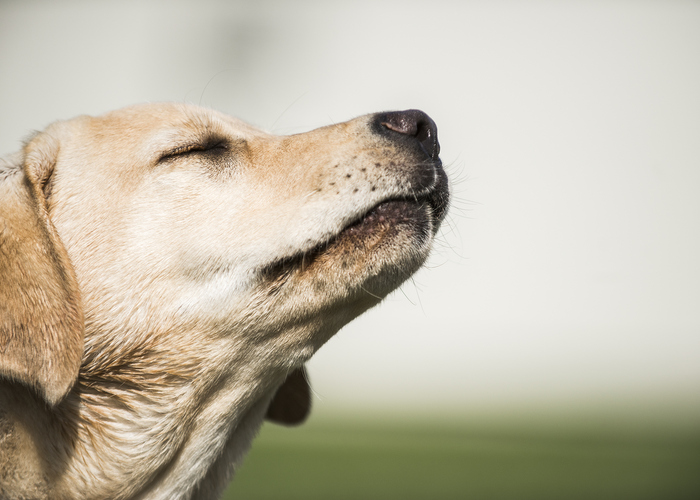 What is the Best Dog for Smelling?

In a study conducted by ABC7 in Chicago, researchers were able to train dogs from the following breeds how to sniff out bladder cancer:

According to Dr. Stephanie Chong of Bladder Cancer Canada , the research conducted by the organization’s U.S. partner University of Arkansas for Medical Sciences (UAMS) found that not only could these animals identify urine samples containing traces of cancer cells with up to 90 percent accuracy; they did so within 6 seconds! This would mean that dogs could potentially detect bladder cancers early enough for doctors to get an accurate diagnosis and implement an appropriate treatment plan before it becomes life-threateningly serious.

How Does It Work?

Dogs can smell odors that are in parts per trillion! We don’t know exactly how they do it, but experts believe that it has something to do with the millions of receptor sites in their noses. You may be wondering then, what is so special about these scents? While we don’t yet know how dogs are able to identify specific diseases through smells, many scientists believe there may be “volatile organic compounds” or certain chemicals given off by cancer cells that allow them to detect this disease.

As mentioned previously, the second opinion your dog could give you might just save your life! Not only does he get an extra nose check, but you get another pair of trusted eyes looking out for and maybe even another nose on the case!